LET’s see what our girls have to say...

Valentines day has got me in the mood to think romantically all of a sudden. I know, I know I need to see if I am ok.

My husband is not romantic, he doesn’t think in that way, but he tries, rarely, but still tries.  Our proposal didn’t quite go to plan, we had gone for a walk and Tim, being flustered was trying to rush us home so took us on a short cut. The short cut was muddy and a bloody nightmare it took us ages to get home. I was furious, wet and cold. Also furious as I had been waiting months, knowing a ring had been bought, with perfect opportunities for a down on one knee to happen, wasted. We had a family get together organised for that weekend, and I was gutted that we wouldn’t be starting the wedding planning. So I stomped off upstairs, he told me to take a long shower and then come down when I was ready. Well, I got myself into a right lather, washed my hair twice with anger working out how and what I was going to lay into him with.

I mean does he even want to get married, is this even worth pursuing if he can’t even pull his finger out (btw he still doesn’t do things quickly now, which still, infuriates me)

As I stomped downstairs in a haze of red mist, the flicker of candles disrupted my vision, and I suddenly realised that “This is the moment”.  The first thing that went through my mind was disappointment, it meant I wasn’t able to get rid of the anger that had built inside. Of course, I was happy, but to this day when I imagine my engagement the first feeling of anger builds before anything else. Perhaps that is why his “Yes I’ll do it” is a massive trigger for me!

Reading other proposals I am not alone with annoyance being involved in many of them! Here are a few lovely/funny stories of proposals….

We went to London for Christmas Day with my best friend and her husband. A bottomless brunch, got us a bit (too) Merry! We went to Covent Garden to show her husband the big tree as he is Brazilian and had never been to London at Christmas. We took pics of them by the tree and then my friend said let’s get one of you two, I said “no no it’s ok we’ve seen it loads”
My boyfriend, for once, said “come on”, I just thought he was drunk, he proposed while they were taking photos! I was so shocked! At first. I didn,t say anything. He to ask me again “Do you wanna get married then” at the same time as getting the ring out of his pocket. I said “oh f~*k off”  I thought he was taking the …
It was so funny,  perfect and emotional, everyone was cheering and clapping so lovely!! And definitely a Christmas to remember. 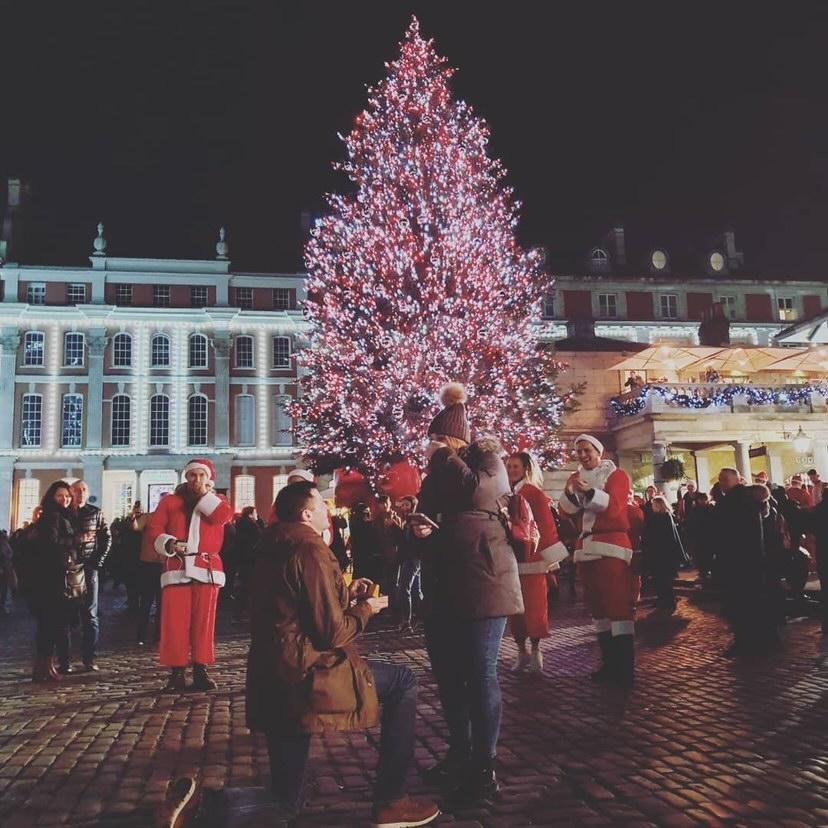 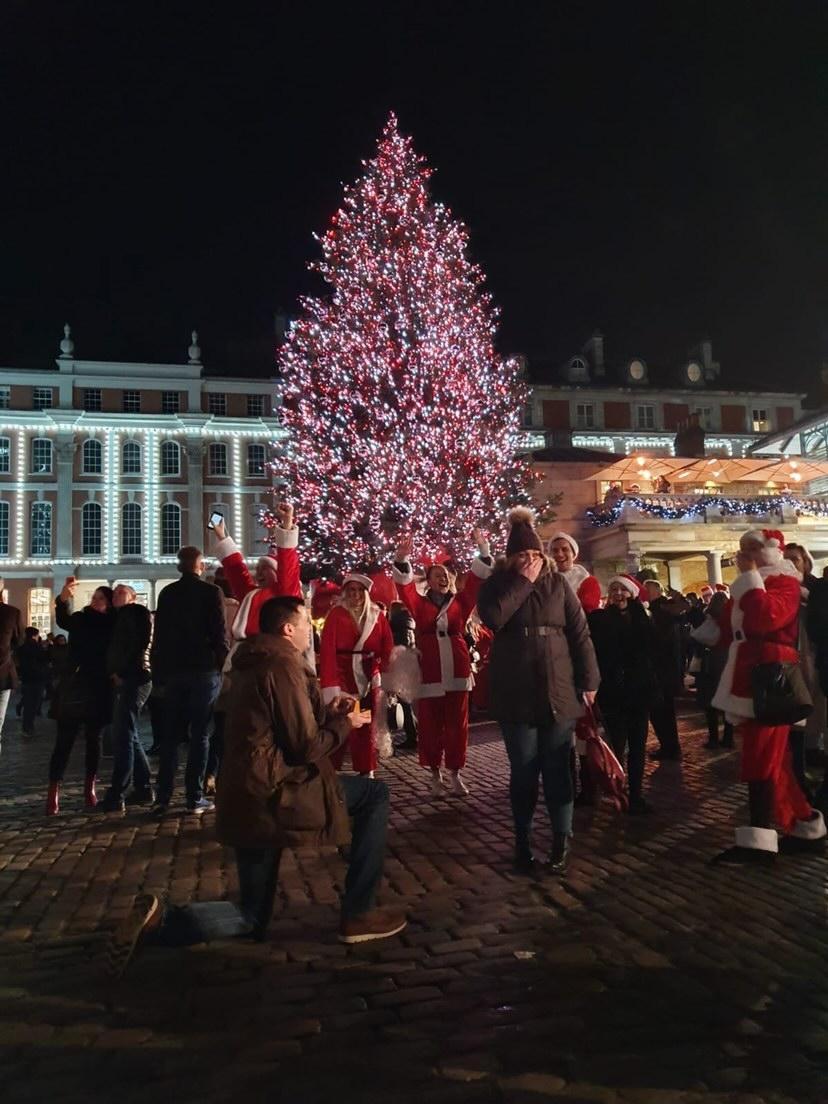 We went out for a walk where we went on our first date, partway through the walk he told me to turn around, and obviously, I thought he was going for a wee (it’s common knowledge that we/he can’t go anywhere without a toilet stop) so I went off ranting ‘you can’t have a wee here, I can’t believe you, this is ridiculous, there are people walking by, you can’t do it here….’ he said ‘Chloe shut up and turn back around’ and he was on his knee with all fairy lights above in the trees I soon shut up!

He took me back to the same spot on our first wedding anniversary and surprised me with a new ring. He’s a good’n!

We were getting ready to go out and Jack asked me to come downstairs and help him iron his shirt, to which I yelled “Oh my God, do I have to right now!?” He was downstairs on one knee with candles everywhere! 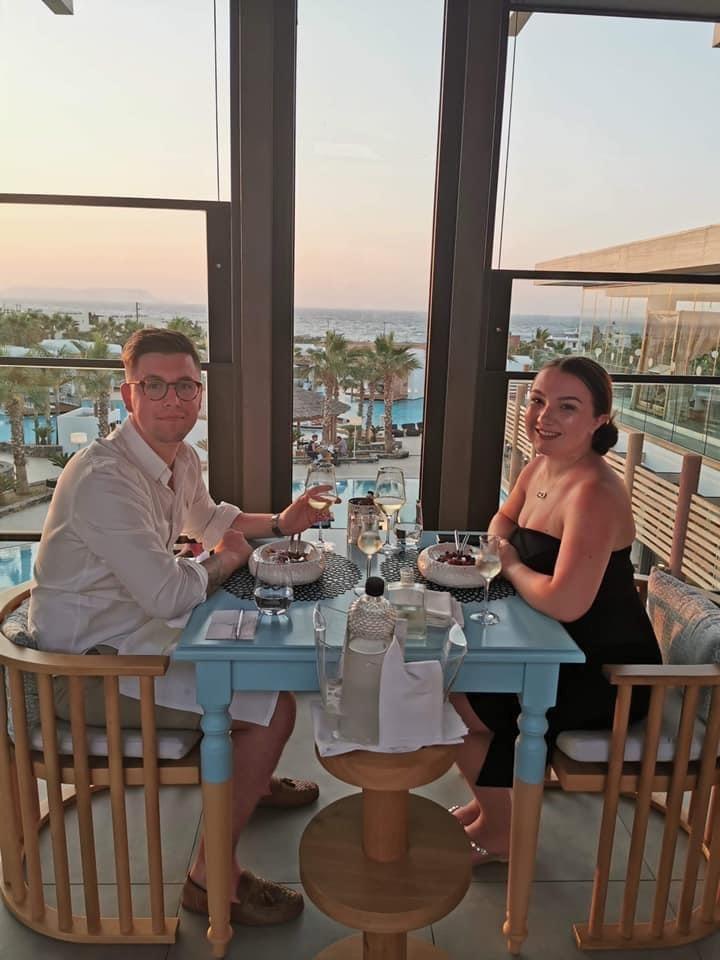 My Fiance got all the way to Singapore with the ring, he was so focused on getting the ring there without me knowing or losing it, he forgot to pack a ONE pair of trousers in the process! I wasn’t impressed that we had to spend a full afternoon trying to find/buy trousers for his size (Singapore didn’t seem to cater for rugby player size trousers) and the prices too!!! I did let him off with the trouser issue when I finally saw my ring!

He asked my dad for my hand, Dad replies “But you do know what she can be like?” Cheers Dad! 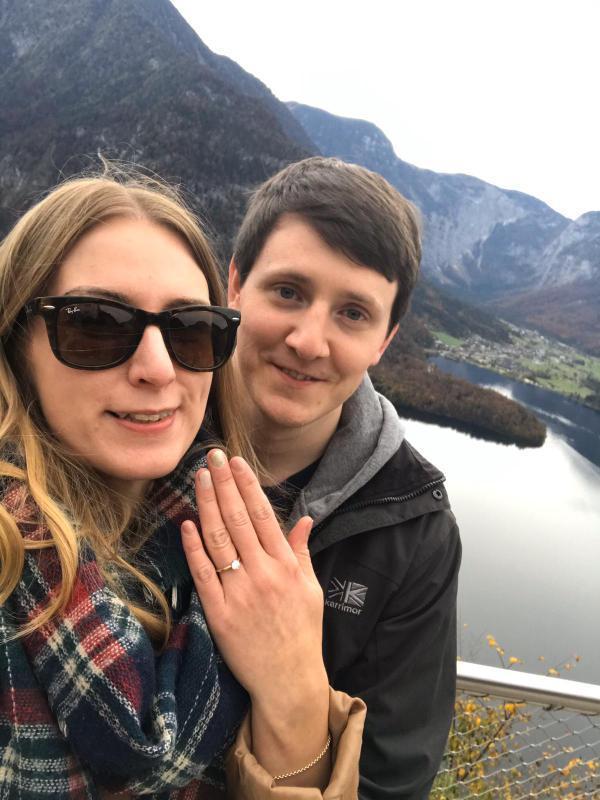 Not a proposal, but what is meant to be another romantic moment, the vows… The celebrant got mine and my Dads names wrong!

One our way to the lakes, where he was going to propose.  A friend of his Nan’s rang him, his Nan wasn’t well so she would often call, thinking she was calling about his Nan, he answered.

She wasn’t ringing about Nan, she was calling to congratulate him on the engagement, whilst on loud speaker. I have never seen him move so quickly to hang up! 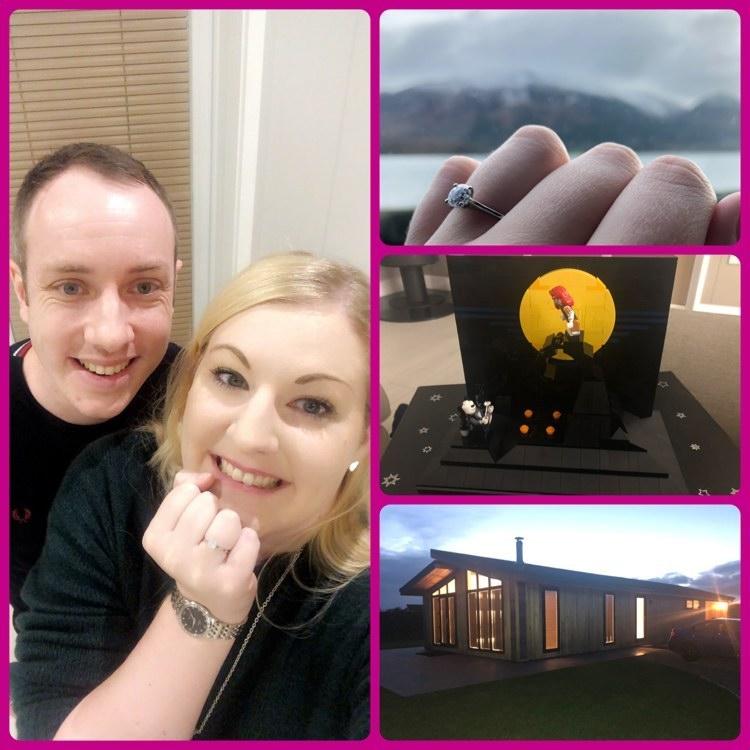 I went out the night before my other half proposed and got a bit too drunk. the next day we went on a walk to try and help my hangover (it took some convincing!) and BOOM – he proposed. I didn’t pick up on any cues as I was so rough, we called for a subway (the best hangover cure) on the way home to tell the family!

My hubby to be played Ed Sheeran “Perfect” when he asked me to marry him, I was crying so much and caught off guard, I didn’t know what to say.  All I could think of and what came out was “But you don’t even like Ed Sheeran” 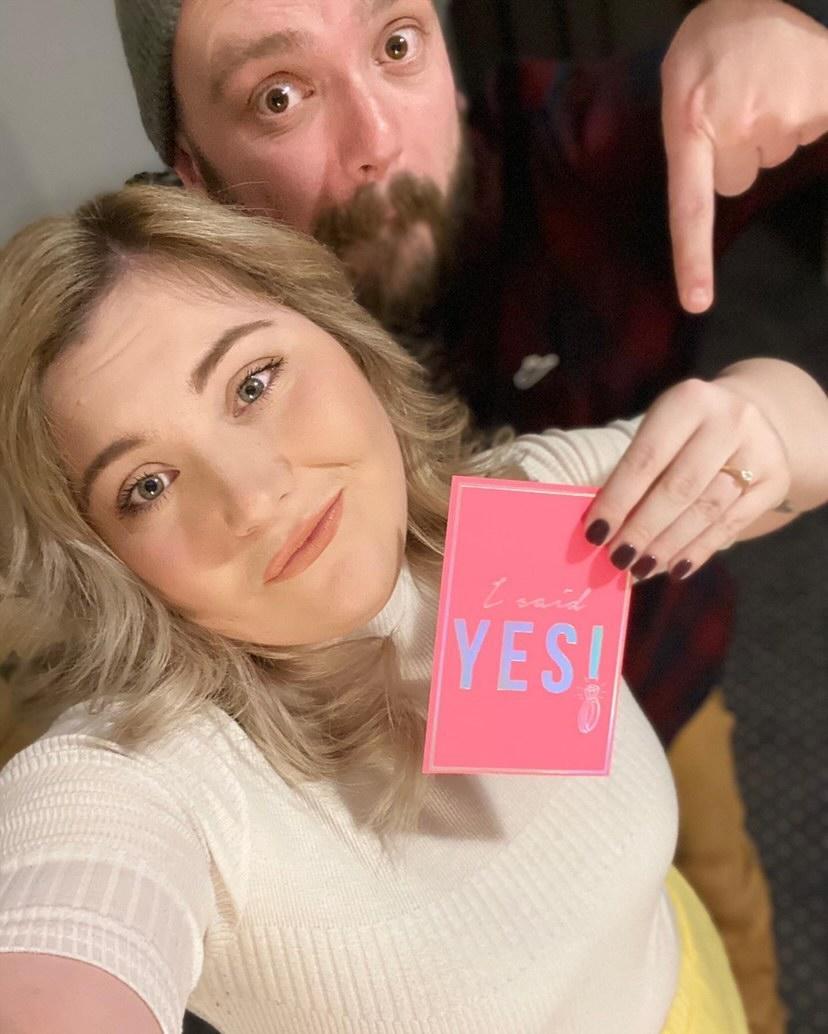 Kane booked a boat trip towards the end of the holiday. The owner of the boat talked us through the map and the instructions. He was Greek and it was difficult to pick everything up! Anyway, he said, “Do not go towards that island it’s very rocky”. So we set off, Kane was driving and I was directing. I was just like “take photos of me on the front of the boat” and we both started taking pics! It was very romantic and so lovely!

Then we heard creaking noises and Kane tried to set off…we were stuck on THE ROCKS! Kane was going mad and he got out of the boat was trying to push it off the rocks it wouldn’t move, we got stuck there for ages! I was freaking out!  With sea urchins all over in the sea and Kane was near them all trying to budge this boat! In the end, we had to ring the emergency number.

The Greek owner came in his speed boat and went crazy! Saying “stupid English, do you not read maps?”  He also went mad at Kane for getting out coz the sea urchins are poisonous. I sat and cried in the speedboat and we were taken back to the beach like naughty school kids with our tails between our legs. We always laugh looking back, the photos were gorgeous btw!  In the background of ALL the pictures, there are rocks sticking up everywhere but we were stuck…. in the moment!!.
If anyone has seen the episode of friends with the jellyfish, you will also know what Kane asked Aime to do when they got back onto the beach… Do you think she did it? !!